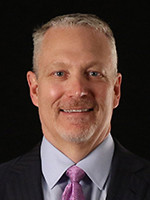 Mr. Thames began his career with Cooper Industries (formerly Intool), where he spent 12 years in various roles within the product engineering, marketing and operations groups.

Mr. Thames then joined GE Energy (formerly Dresser Flow Solutions) ("Dresser") and served primarily as the Director of North American Operations and Product Director for Ball Valves globally for Dresser's Valve Group during his tenure from 2002 to 2005. Mr. Thames holds a B.S. in Mechanical Engineering from the University of Texas at Austin. 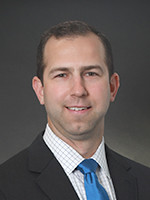 Kevin Fox joined the Company in March 2019 as Vice President, Corporate Development, in which he managed the Corporate Development, Investor Relations and the global Marketing activities of the Company. He was promoted to Senior Vice President, Chief Financial Officer in February 2021. Prior to joining Thermon, Mr. Fox served in various roles of increasing responsibility in strategy, corporate development and finance with General Electric from 2006 to 2019.

Mr. Fox holds a B.A. from Boston College and a M.B.A. from Northwestern University’s Kellogg School of Management. 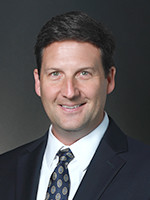 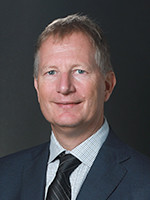 Johannes (René) van der Salm joined Thermon in October 2001 as European Logistics Manager based in the Company's European headquarters in Pijnacker, the Netherlands.

In 2006, Mr. van der Salm was promoted to Vice President, Manufacturing and Logistics. During that period, he divided his time between the United States and European operations. In 2007, Mr. van der Salm relocated to the United States and was promoted to Senior Vice President, Operations. He was instrumental in the global implementation of the Company's enterprise resource planning software.

In 2011, Mr. van der Salm was promoted to Senior Vice President, Global Operations. After completing his undergraduate studies and a period of military service, Mr. van der Salm worked as sales engineer, project manager and production manager in supplying the petrochemical industry prior to joining Thermon. 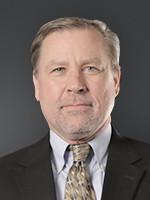 During his 35 year career in the energy industry he has held executive and management positions within Technical Sales, Business Development, Engineering and Business Unit Management.

Mark holds a bachelor's degree in Chemical Engineering from The University of Texas at Austin. 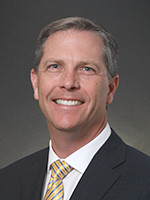 David Buntin joined Thermon January 2017 as Senior Vice President of Research and Development, and in May 2019 was promoted to Senior Vice President, Thermon Heat Tracing. David brings over 20 years of experience in the development and commercialization of new products and technologies to Thermon.

Prior to joining Thermon, he served as Chief Operating Officer for Enovation Controls where he led a global multi-disciplinary team for a company that provides instrumentation, displays, controls and fuel systems for natural gas engines and compressors.

Before joining Enovation Controls, David served as the VP of Engineering for Secure Logix and in various Engineering roles of increasing responsibility with Southwest Research Institute. 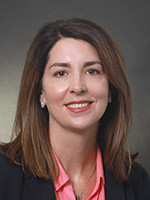 Candace Peterson joined Thermon in January 2017 as Vice President of Human Resources. Prior to joining Thermon, Candace was the Senior Business Partner, Global Sales and Services for TD Williamson, a global solutions provider to the owners and operators of pressurized piping systems for onshore and offshore applications.

In that role, Candace led a diverse HR team that was responsible for designing and implementing people strategies that aligned with the company's five-year plan. Candace held several Human Resources positions of increasing responsibility during her ten year tenure at TD Williamson and was instrumental in building talent development programs and implementing an HRIS system. 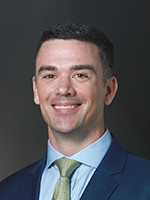 Ryan Tarkington joined the Company in February 2019 as General Counsel and Corporate Secretary. Prior to joining the Company, from 2011 to 2019, Mr. Tarkington served in various capacities with several international companies in the offshore drilling industry, including as Senior Counsel for Rowan Companies plc from 2017 through 2019, as Associate General Counsel for Paragon Offshore plc from 2014 through 2017 and as Senior Counsel for Transocean Ltd. from 2011 through 2014.